About the decarbonisation of Europe

What is the Recovery and Resilience Facility?

The European Commission has made available an amount of 723.8 billion euros
to combat the consequences of the corona crisis and make Europe greener, cleaner and future-proof. All Member States have the possibility to submit disbursement plans of this Recovery and Resilience Facility.

Who participates in the Recovery and Resilience Facility?

All member states of the European Union. All Member States? No, the Netherlands has not yet submitted any plans. However, it became public knowledge at the end of January that hard work is going on behind the scenes in the Netherlands to secure some of these European billions.

What should Member States spend the money on?

At least 37% of the funding should be used to make their countries more sustainable and 20% for digitalization. In addition, there are also other key points:
– Smart, sustainable and inclusive growth
– Social and territorial cohesion
– Health, economic, social and institutional resilience
– Policy for future generations

Apart from this, the EC has identified several so-called flagship areas:
– Power on
– Renovate
– Recharge and refuel
– Relate
– Modernize
– Increase
– Requalification and upskilling

What does Innovation Origins intend to do?

Over the next few months, we will focus on implementing these plans. We will showcase what each country is doing to reduce CO₂ emissions and report on innovative projects. Infographics will allow you to compare the efforts of the Member States with each other.

A crisis like the corona pandemic calls for decisive action. The EU has released €723.8 billion with the aim of using the Recovery and Resilience Facility (RRF) to pull Europe’s economy out of the recession caused by the coronavirus. In order to qualify for a share of this big bag of money, member states must submit a plan to the European Commission. In the Decarbonising Europe series, we examine these plans under a magnifying glass.

Climate change is a top priority in Finland’s Recovery and Resilience Plan (RRP). The money, 2.1 billion, which the country received from the EU to pull the European economy out of the corona recession, comes at the right time. At the beginning of this century, Finland was still among the top five countries with the highest levels of greenhouse gas emissions. And on top of that, thanks to the rapidly accelerating logging of Finnish forests, carbon dioxide uptake is starting to decrease. The RRP aims to prepare the country for the future by becoming, among other things, a world leader in hydrogen.

No less than 50% of the budget is devoted to the green transition. This money should contribute significantly to the achievement of national climate goals: CO2 neutrality by 2035. By 2040, the country must absorb even more CO2 than it emits. In particular, sectors that currently have the highest levels of emissions will be addressed, such as the energy, mobility and industry sector. In total, 27% of the plan is reserved to support the digital transition.

“I was pleasantly surprised when I saw the plan. We are committed to fossil-free transport and sustainable industry,” says Paula Kivimaa, professor of climate and society and member of the Finnish Climate Expert Group. The plan will support the green transition by investing €319 million in the decarbonisation of the energy sector, particularly in energy transport and distribution, and in new energy technologies.

What struck the professor the most: 156 million euros will be invested in hydrogen technology. “In Finland, the industrial sector needs to be greened. The large-scale deployment of a hydrogen network, as foreseen in the plan, will certainly contribute positively to this. 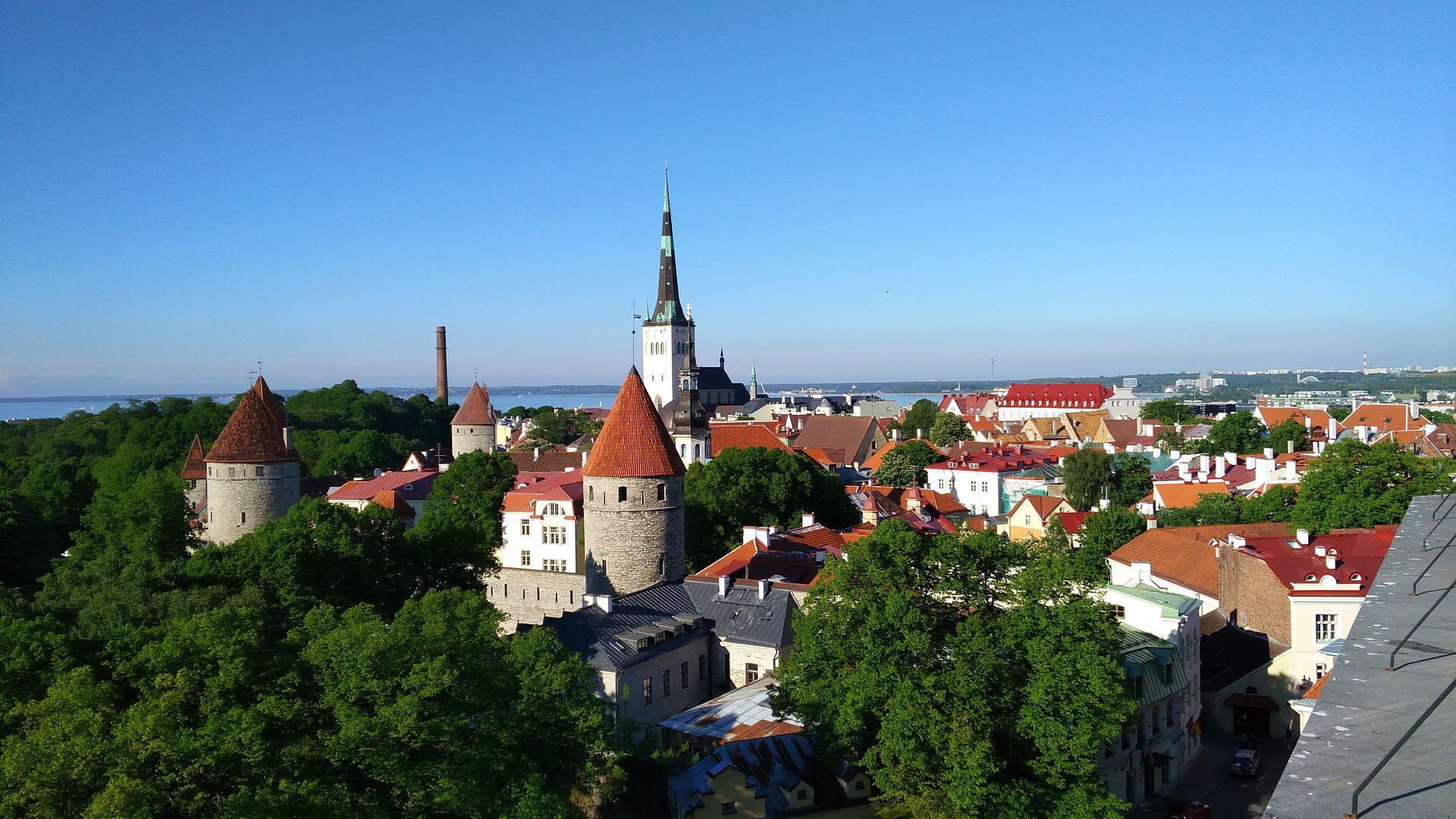 What are countries spending money from the corona stimulus fund on? What strategy are they using to deal with the climate crisis? This week: Estonia.

Hydrogen will play a particularly important role in Finland when it comes to making the steel and chemical industries more sustainable. It should allow the processing of minerals and metals. Hydrogen is well suited for this purpose due to its high combustion temperature. For example, production processes at SSAB’s Raahe steelworks (Finland’s largest source of emissions -7%) will start running on hydrogen.

In addition, the plan supports the sustainable heating of buildings. 70 million euros will be allocated to replacing oil-fired boilers with low-carbon or low-carbon heating systems. “A very good idea”, thinks Kivimaa. “Especially houses in rural Finland still use old oil systems. Alongside these plans, there are already policies to make home energy systems more sustainable, which have since been intensified due to Russia’s energy crisis and rising gas prices. For example, subsidies are already granted for sustainable heat pumps. I predict that these types of sustainable heating systems will begin to drive a rapid transition in the energy industry in the near future. »

The corona crisis is one of the biggest challenges of our time. The European Union, through NextGenerationEU – the largest recovery plan ever with 806.9 billion euros – aims to help its member states come out of the crisis stronger. The Recovery and Resilience Facility (RRF) is at the heart of this plan (723.8 billion euros).

The RRF has two objectives: first, to pull the European economy out of the recession caused by the corona pandemic. At the same time, it aims to give impetus to major forward-looking investments and measures to roll out reforms.

The original deadline to submit a plan was April 30, 2021, but that date has since been pushed back to June 2022. Currently, 26 out of 27 member countries have submitted a plan. The plans require member states to dedicate at least 37% of their budget to climate action and 20% to digitalisation.

Among other things, 40 million euros will also be invested to help provide private and public charging stations for electric cars. “The average age of vehicle fleets in Finland is high. We want to switch to electric mobility, however, the charging infrastructure has been a major obstacle. The RRP has increased the amount of government subsidies for the installation of electric car charging stations next to apartment buildings. This will make electric driving more accessible and affordable for people, while rising prices for electric cars after rising oil prices are still a barrier for many people,” Kivimaa believes.

“I think it may be some time before we can see an effect. But overall, the expansion of charging infrastructure combined with the electrified rail network already in place in the country, makes me very optimistic about the future of Finnish mobility.

However, the RRP does not provide answers to some of the other environmental problems facing the country, adds the climate professor in conclusion. “For example, I think it’s unfortunate that the plan pays little attention to biodiversity. In addition to this, there are few projects aimed at making agriculture more sustainable, which remains a very polluting sector.

“But considering the relatively modest budget of 2.1 billion euros allocated to Finland, I am satisfied. I hope the plan will serve as an example for future investments by the business community.

And the old men walk slowly, the old bones stiff and sore They are old heroes tired of a forgotten war And young people ask: “why are they walking? And I ask myself the same question But the band plays Waltzing Mathilda And old people always answer the call But over the years more and […]

With relatively modest inflation, Finland is no longer so expensive by EU standards | News

While Finland is facing its highest inflation in many years, prices are now rising much faster in the rest of the euro zone than here. Finland used to be considered an expensive country, but now uneven inflation across Europe is changing that. Image: Henrietta Hassinen / Yle When the single currency, the euro, was launched […]

The ephemeral art of the architect’s lake a winter tradition

By By Jan M. Olsen, The Associated Press on December 13, 2021. A shovel is seen drawing a fox on the frozen Lake Pitkajarvi north of Helsinki, Finland on Saturday, December 4, 2021. An architect-designer from southern Finland came back to a frozen lake with a snow shovel to draw a large animal on the […]