While large sustainable bond issues from sovereigns such as the UK, France and Germany have tended to grab headlines in Europe, local government issues have flown under the radar. To date, these issuances by European local authorities represent only a tiny fraction of the sustainability bond market, which includes green, social, sustainable and sustainability-related bonds, but their impact is slowly being recognised.

Local (municipal) government authorities were only responsible for 0.8% of total European sustainability bond issuance between the start of 2019 and the end of the first quarter of this year, raising $7.4 billion, according to an analysis conducted by Capital Monitor based on data from sister brand Global Data.

Sweden had the most issuers during the period, with eight, followed by Germany with three. They were joined by Switzerland, Russia, France, Iceland, Spain, Norway and Finland.

The Swiss canton of Basel-Stadt has fully invested its revenue in the construction and renovation of public buildings, including a retirement home, a school and a university building, to improve energy efficiency with low-emitting materials. Clean transport was also relatively popular, but much less capital was allocated to it. The government has so far raised 200 million Swiss francs in green bonds and, to date, spent 183 million Swiss francs on green buildings.

This contrasts with sovereign issuers. Capital Monitor’s An analysis of sovereign bond issuers found that issuers in advanced economies primarily invest their revenues in clean transportation.

Two municipal sustainability bond issuers have included social categories in their use of proceeds. Germany’s North Rhine-Westphalia and the Spanish region of Galicia devote the bulk of their social allowance to access to essential services. For North Rhine-Westphalia, this meant improving access to education; for Galicia, it was mainly for healthcare, including Covid-19 vaccines and a new hospital.

European municipal issuers generally do well in providing high quality post-issuance reports for allocation and impact. The canton of Basel-Stadt, for example, estimates that its building improvements have saved 0.6 t of CO2 equivalent (CO2e) per year and millions of Swiss francs invested. For green buildings, the impact is usually to compare the energy consumption of a building to that of a building constructed according to local regulations. 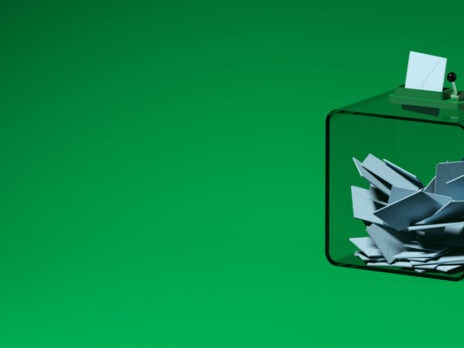 It’s common for green buildings to not have the most impact per dollar invested, even though they receive the largest proportion of funding from bond proceeds. For example, Gothenburg in Sweden estimated that its investments in renewable energy resulted in a reduction of 53 t of CO2 equivalent per million Swedish kronor. Its investments in green buildings have resulted in a reduction of 0.1 tonnes of CO2 equivalent per million Swedish crowns.

ESG data, insights and analysis are provided to you
See all newsletters
By the Capital Monitor team
Subscribe to our newsletter

Kommunalbanken is a good concrete example; it grants local authorities green loans at a discount of 10 basis points compared to ordinary loans, which are financed by green bonds that it raises itself. Thus, local authorities do not have to publish their own frameworks, with Kommunalbanken ensuring consistency with the Green Bond Principles of the International Capital Market Association.

A similar financing strategy is used by the Finnish company MuniFin, which provides financial services to the country’s public sector. The Nordic countries lead after a group of local government issuers teamed up to release a ‘Position Paper on Green Bonds Impact Reporting‘an impact reporting guide specifically for Nordic municipal issuers.

Clean transportation is another high-impact area. Of the projects funded by sustainability bonds in 2021 by Reykjavik in Iceland, 87% went to green buildings. However, the city has achieved 94% of its carbon reduction impact through clean transportation. Reykjavik wants to increase the share of cyclists in the city and has used its profits to build 19 km of cycle and walking paths.

It should be noted that avoided CO2e is not the only measure of impact. The state of Baden-Württemberg in Germany has reported a variety of indicators for its different investment categories, including the amount of renewable energy storage capacity and the number of hectares of organic vineyards it has subsidized. . It was also the only issuer to provide a robustness score with each. An impact measure was more robust if it came from primary data, and less robust if secondary data and modeling were used to estimate it.

The fall of the Berlin Wall in 1989 suggested that one day the only remaining nuclear risk would come from electricity production. Perhaps it was the whistling, soothing introduction of the Scorpio winds of change that led my naïve 18-year-old brain to believe that some nations could resolve differences through diplomacy without the restraint of […]

helsinki, Finland May 21-Russia on Saturday stopped supplying natural gas to neighboring Finland, which angered Moscow by asking for NATO membership, after the Nordic country refused to pay supplier Gazprom in roubles. Following Russia’s February 24 invasion of Ukraine, Moscow asked its customers from “hostile countries” – including EU member states – to pay for […]