AFP — The US Congress on Thursday approved a gargantuan $40 billion aid package for Ukraine to help fight the Russian invasion as President Joe Biden rallied behind historic bids to join the of Sweden and Finland.

With unusually strong bipartisan support, the Senate voted 86 to 11 to pass the package – the equivalent of Cameroon’s 2020 GDP – after a senator briefly delayed the vote, raising alarm over the costs.

“The future of American security and core strategic interests will be shaped by the outcome of this fight,” he said ahead of the vote.

Nearly $9 billion is set aside to help Ukraine provide “continuity of government” as well as humanitarian aid.

Congress already approved nearly $14 billion for Ukraine in mid-March, weeks after Russian President Vladimir Putin stunned the world with his invasion, but most of it has been spent.

As Russian forces backed off on seizing Kyiv but escalated fighting in eastern and southern Ukraine, Biden called for another round of financial support.

Rescue workers work at the site of a building destroyed by Russian shelling in Bakhmut, Donetsk region, Ukraine, Wednesday, May 18, 2022. (AP Photo/Andriy Andriyenko)

The House of Representatives had approved the $40 billion package last week, but Rand Paul, like McConnell a Republican from Kentucky, prevented a quick vote in the Senate.

Paul, who opposes US interventionism, expressed concern about the cost and said lawmakers should have been clearer on how to pay for the package and on oversight of where the money goes.

But Senator Lindsey Graham, a hawkish Republican who has previously called for the assassination of the Russian president, said: “When it comes to Putin, we either pay now or we pay later.”

Shortly after the vote, Secretary of State Antony Blinken released an additional $100 million in previously approved funding for Ukraine.

The United States tried for weeks to dissuade Russia from invading Ukraine and responded with an extensive pressure campaign, including sanctions targeting Putin.

In a rare resumption of dialogue, top US and Russian generals Mark Milley and Valery Gerasimov spoke by phone Thursday for the first time since the invasion, the Pentagon said.

Biden framed the war in Ukraine as part of a larger struggle of US-led democracy against authoritarianism.

At the White House, he gave a red carpet welcome to Finnish and Swedish leaders days after they applied for NATO membership following the Russian invasion. 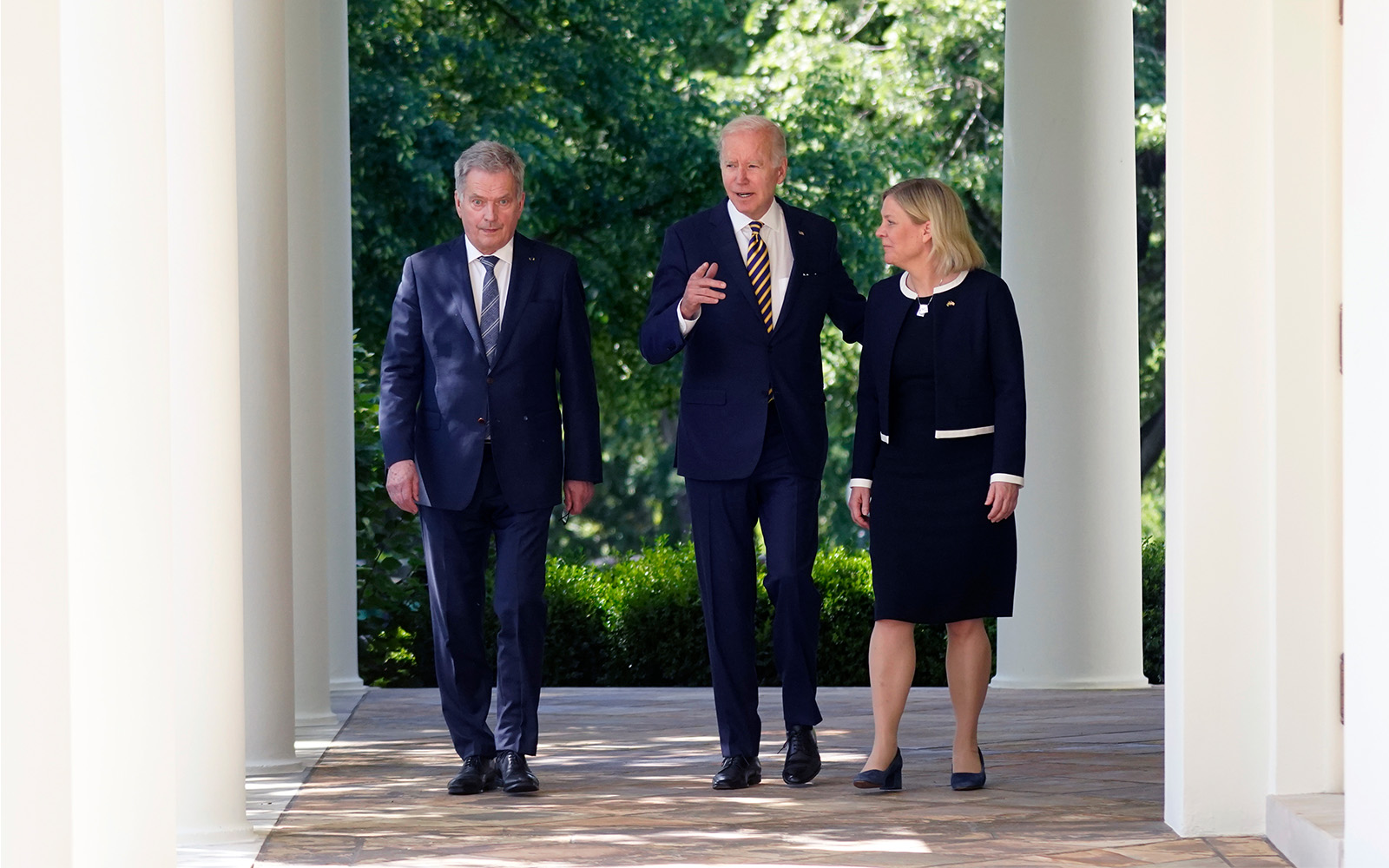 “The result is simple. It’s quite simple: Finland and Sweden are strengthening NATO,” Biden said, offering the “total, total and complete support of the United States of America.”

“They meet all of NATO’s requirements, and even some,” Biden told the assembled reporters without answering any questions.

Sweden and Finland have historically kept their distance from NATO under long-standing policies to avoid Russia’s wrath, but changed amid shock over Ukraine’s invasion, who sought in vain to join the alliance.

Drawing an implied contrast to his predecessor Donald Trump, Biden called NATO’s mutual defense pledge — that an attack on one is an attack on all — a “sacred commitment.”

“We will never fail in our promise to defend every square inch of NATO territory,” Biden said, also promising to defend Finland and Sweden while their candidacies are pending.

As with military funding, support for membership of the two Nordic nations is strong in the US Senate, which must ratify any decision involving treaties.

But the existing 30 members must agree to add another nation and Turkey has expressed doubts due to the presence in Sweden and Finland of Kurdish militants.

Addressing Turkey, Niinisto said Finland opposes “terrorism” and is “open to discussing any concerns you may have”.

You are a dedicated reader

We’re really glad you read X Articles from The Times of Israel over the past month.

That’s why we started The Times of Israel ten years ago – to provide discerning readers like you with must-read coverage of Israel and the Jewish world.

So now we have a request. Unlike other media, we don’t have a paywall in place. But since the journalism we do is expensive, we invite readers to whom The Times of Israel has become important to help support our work by joining The Times of Israel community.

For just $6 a month, you can help support our quality journalism while benefiting from The Times of Israel WITHOUT ADVERTISINGas well as access Exclusive content only available to members of the Times of Israel community.

Thanks,
David Horovitz, founding editor of The Times of Israel

Already a member? Log in to stop seeing this

WASHINGTON (Reuters) – U.S. President Joe Biden was due to sign documents on Tuesday approving Finland and Sweden’s membership of NATO, the military alliance’s biggest expansion since the 1990s in response to the Russian invasion of Ukraine. The US Senate backed the expansion with a crushing 95-1 last week, a rare show of bipartisan unity […]

Ukrainians can apply for jobs in Finland, but will they find them? | News

While authorities have moved quickly to ensure Ukrainian refugees can legally apply for work, questions remain about whether they will find secure, quality jobs that allow them to earn a living. Questions remain as to whether newcomers from the war-torn country will actually be able to land jobs in Finland. File photo from April 4, […]

New Jersey, United States, – the Multimedia gateways market is thoroughly researched in the report, primarily focusing on the major players and their business tactics, geographic expansion, market segments, competitive landscape, manufacturing, and price and cost structure. Each section of the study is specially prepared to examine key aspects of the Multimedia Gateway market. For […]